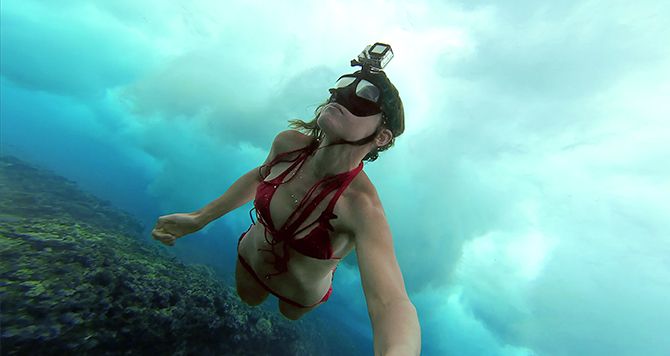 GoPros cameras work extremely well underwater because they’re designed to be used underwater. The old-fashioned way to use an underwater camera was to get a normal still or video camera and buy a plastic underwater housing made by a different company to put your camera in. The problem with these third party cases is they didn’t necessarily fit your camera very well because they were usually designed to fit a number of different cameras, so no individual camera worked that well in it. And additionally, they made it quite difficult to control the various buttons that cameras have on them. (Read more about the history of underwater photography on Wikipedia for more.) 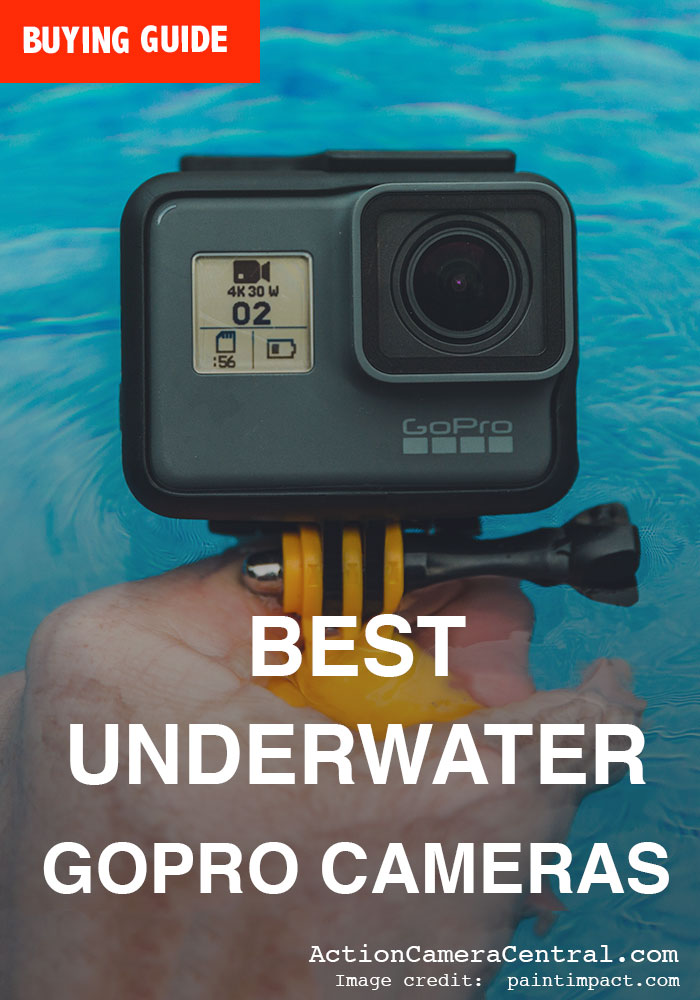 If you’re looking for a waterproof GoPro type underwater camera to take scuba diving, there are several models to choose from. Here are some of the top contenders for the title of best underwater camera: 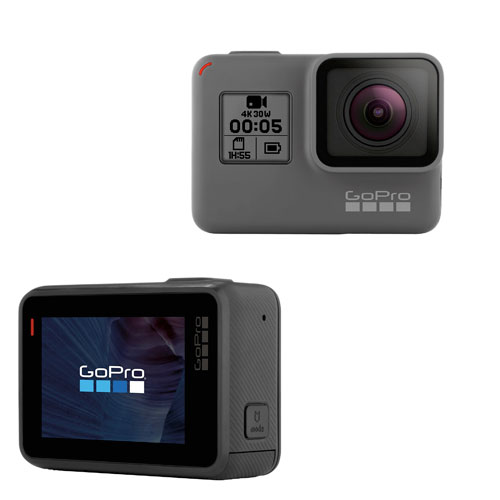 Check out the video above that was shot with a GoPro Hero 6 Black. It features some underwater imagery so you can get a sense of the quality underwater.

The GoPro 6 Hero Black is one of the most popular underwater cameras because of its small size, good battery life, ability to record on tiny and cheap micro SDHC memory cards, and extremely high image quality in either still image or video mode for underwater photography or underwater video.

Out of the box this GoPro model is waterproof up to 33 feet deep without any additional housing. However you can purchase special waterproof housing separately to dive up to 196 feet deep, which is nothing to sneeze at. 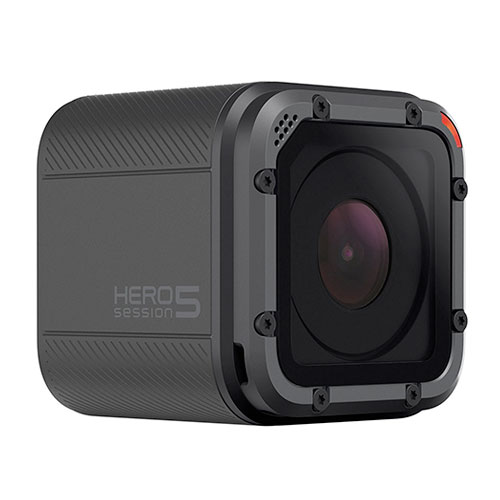 The GoPro Hero 5 Session is the newest addition to the GoPro family of action cameras. It’s waterproof even without a plastic housing, up to 33 feet (or 10 meters). If you add a third party waterproof case, you can dive with your Session up to about 150 feet deep.

Check out the video above shot with the GoPro Hero 5 Session. If you thought the original GoPro Hero was small, the Session is even smaller: it’s just an inch and a half wide cube that weighs just 2.6 ounces. The benefits of the GoPro Hero 5 Session are that it’s tiny and light, though it doesn’t go quite as deep in the water and its video quality isn’t quite as good (and it has no screen unlike the GoPro Hero 6 Black). Still, it takes great quality video and photos underwater and is becoming a popular underwater action camera in its own right, even when compared to its bigger brother Hero edition GoPros.

Factors to consider when shopping for an underwater action camera

The plastic waterproof camera housing doesn’t designate how deep you can take an action camera in the water, the camera itself does. Action cameras like GoPros are rated for specific maximum depths due to pressure reasons. For instance, the older GoPro Hero 6 Black edition is rated to 131 feet (40 meters) with waterproof housing, but the tiny GoPro Hero 5 Session is only rated to go 33 feet (10 meters). So it’s important to pay attention to depth ratings especially if you’re planning on doing scuba diving with your GoPro, or other deep water activities.

Stuff happens. It’s easy to drop a GoPro underwater camera on the ground and if it’s “wearing” its protective underwater housing, there’s a good chance that the plastic could crack or chip resulting in it becoming less waterproof or completely ineffective at protecting your camera underwater. But hey, it’s better to need a new GoPro underwater case than a whole new GoPro, isn’t it? So check to make sure it’s possible to buy a replacement underwater case for whatever action camera you’re considering buying. For instance, you can buy either official replacement GoPro underwater cases or cases made by third party manufacturers. The GoPro Session is waterproof to 33 feet without a housing and it doesn’t come with one, though third party manufacturers have made cases for them anyway which can boost how waterproof they are. One third party GoPro Session case we found will allow you to bring a GoPro Session as deep as 147 feet (45m), almost five times its original waterproof depth.

For instance, if you’re a surfer you might want to pick up some waterproof GoPro surf mounts. Or if you’re a diver you might want to grab some waterproof selfie stickers or other dive gear. You’ll want to make sure that whatever action camera you get it’s compatible with the accessories you may want to use. Generally speaking GoPro Hero brand action cameras have the widest range of compatible accessories.

If you’re getting the GoPro Hero 6 Black or Session you’ll want to make sure that whatever accessories you buy, like special waterproof casing or housing, fits your particular model because they’re different form factors and sizes.