How to Create Panning Time Lapses with GoPros, DSLRs or Smartphones

How to Create Panning Time Lapses with GoPros, DSLRs or Smartphones


You’ve probably seen videos like the one above that combine timelapse photography with a smooth pan, which creates a really cool effect. You may have even wondered to yourself, “how do you make a panoramic time-lapse video?” Years ago it was quite difficult to make these panning time lapse videos but today several special tools allow us to shoot these videos quite easily and cheaply. These panning timelapse videos can be shot with either GoPro cameras or DSLRs in timelapse mode and turn out well. Here are some of the best tools to create a panoramic timelapse video: 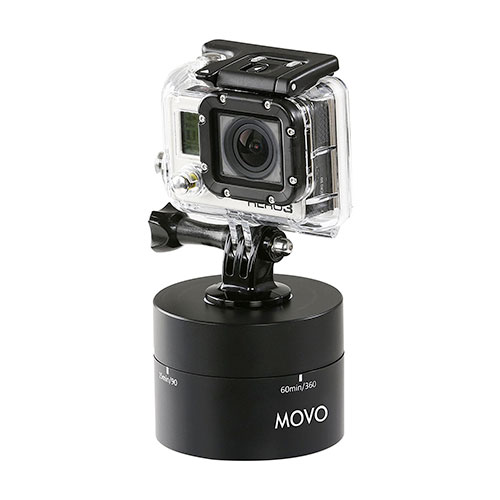 The simplest type of panoramic timelapse solution is basically a rotating egg timer with a tripod mount. That’s what this one is: you attach your camera, twist the base, and let it unwind for up to 60 minutes (a full 360 degree rotation). Because this model isn’t motorized it also doesn’t need to charge. The Movo MTP1000 time lapse tripod head works with GoPro cameras, DSLRs, or smartphones and comes with accessories to attach each type of camera. On top this unit has a hole to mount your camera and on the bottom it has another hole to screw in either a tripod or you can place it on a flat surface. Note that this model is also available in a slower-turning 120 minute version for longer panning time lapses. Holds cameras up to 4 pounds in weight. 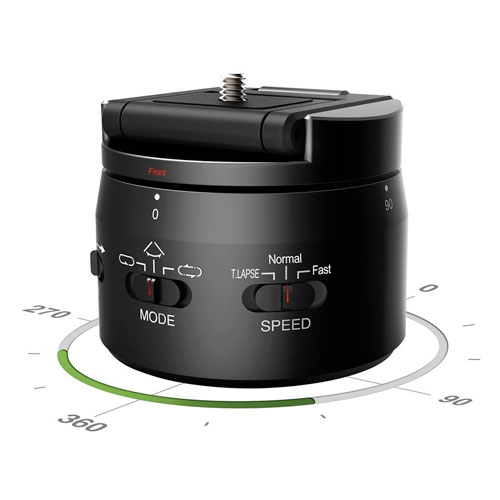 One step up from the manual winding panning head is this motorized panning timelapse tripod head. It can accommodate a GoPro or a smart phone and offers 3 panning speeds. This head also offers the ability to pan in either clockwise or counter clockwise, an option not available with manually winding timelapse turners. This unit takes 1 hour to rotate 360 degrees in timelapse mode, up to 20 seconds per rotation in fast mode. Its battery charges via USB and will last for up to 90 minutes, similar to the runtime of a normal GoPro battery. 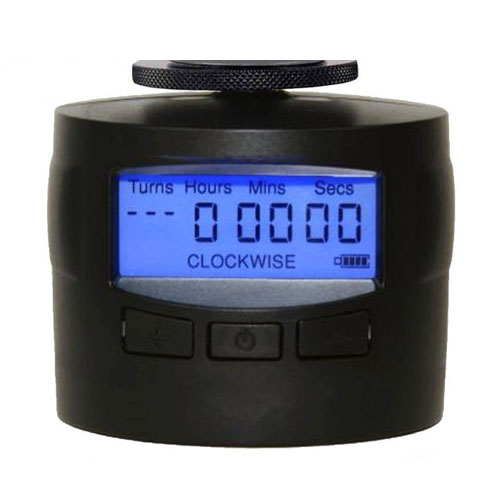 The TurnsPro Timelapse camera mount for GoPro Cameras and smartphones is a higher end panning time lapse mount. It’s a bit pricier but it runs on replaceable AA batteries which provides it with over 10 hours of battery life, and you can also specify the rotation speed using the built in digital display (all the way from 20 seconds per rotation to an incredible 10 hours). Works with cameras that weigh less than about 2.2 pounds. Comes with mounts for smartphones as well as GoPros and small DSLR cameras. This rotating timelapse mount can also pan in 1 second increments, making it a good option for the time lapse modes on certain cameras. 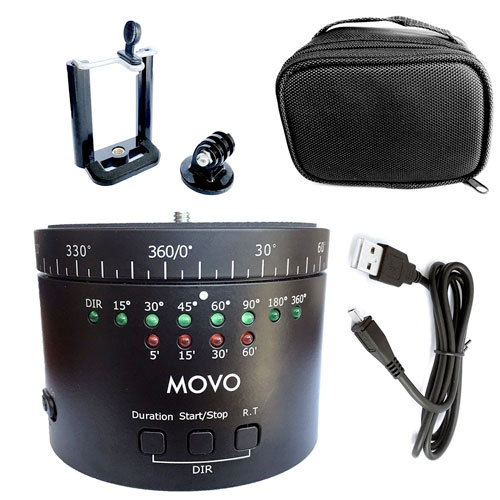 The Movo Photo MTP-11 Motorized Panoramic Time Lapse Tripod Head is another great panning timelapse head for GoPros and similar cameras. It comes with a smartphone cradle that works with iPhones or Android phones, as well as a GoPro head and a normal tripod screw mount to use with even heavier DSLRs up to 4.4 pounds in weight. This unit holds about 6 hours of battery life, recharges via USB and can rotate at custom angles (either 360 degrees or less than that) at various chooseable speeds. This paning timelapse head will either sit on a flat surface such as a table or screw on to a tripod or another mount system like a clamp that uses a standard 1/4 inch tripod mount.

Factors to consider when choosing a panning tripod head for timelapse

Supportable weight: If you’re planning to use your new panning timelapse timer with just a GoPro then you probably won’t have any concerns about weight. But if you’re planning to use it with a larger DSLR camera you’ll want to check to see how much your camera weighs (with lens attached) to make sure you’ll be in the clear. Some of these panning timelapse timers can accommodate cameras that weigh up to about 4 pounds but others have weight limits of half that.

Whether it comes with smartphone cradles: Not all models do and if you’re planning to use your phone to record timelapses, you’ll want to be sure to get a timelapse panner that comes with one.

Whether it can be attached to a tripod: In many cases you may want to mount the timelapse panner on a tripod and then the camera on top of the mount, to ensure steady shots. Make sure that whichever panning timelapse head you get has a standard screw hole in the bottom so it can be mounted on top of a tripod (each one mentioned in this article has this).