What is the Best Camera for Makeup Artists?

What is the Best Camera for Makeup Artists? 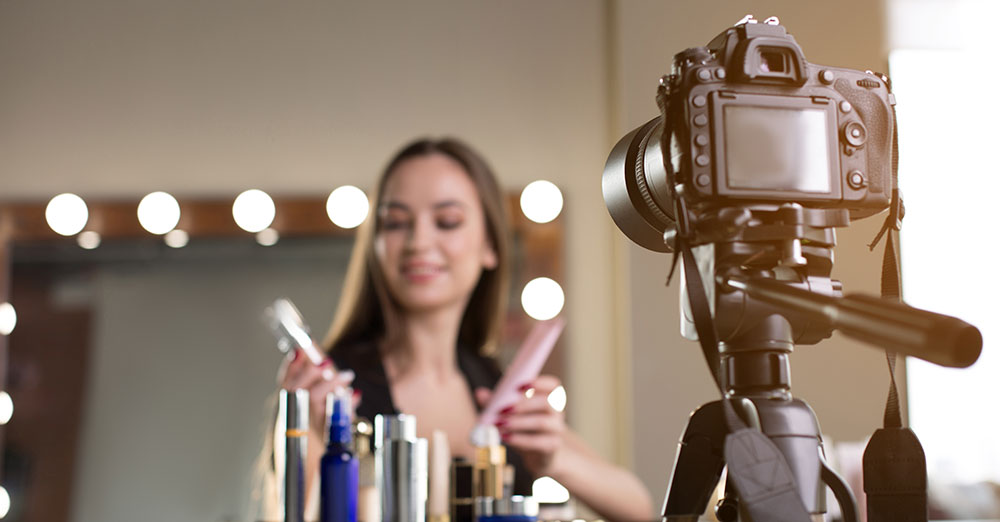 Having a great video camera can make the difference between getting thousands of subscribers as a YouTube makeup artist and getting only a few. Or, for freelance makeup artists and beauty gurus, great portfolio photos can make the difference between getting hired and getting ignored. In this article, we’ll run down the list of the best cameras for makeup artists, whether you’re looking for a video camera for making makeup tutorials and influencer videos on YouTube, or a still camera for taking makeup portraits of your clients.

Canon makes some of the best cameras for content creators’ makeup videos and photos and the Rebel T6 is an excellent choice for either photography or video. This DSLR camera has a very large sensor and lens which means it can make the background of your videos or photos blurry. This effect, called “bokeh” allows the viewer to “focus” on the person’s face. Using a long lens such as the 18-55mm zoom (when zoomed all the way in) can also make a person look prettier or more appealing. Here is an example of the “bokeh” effect in action: 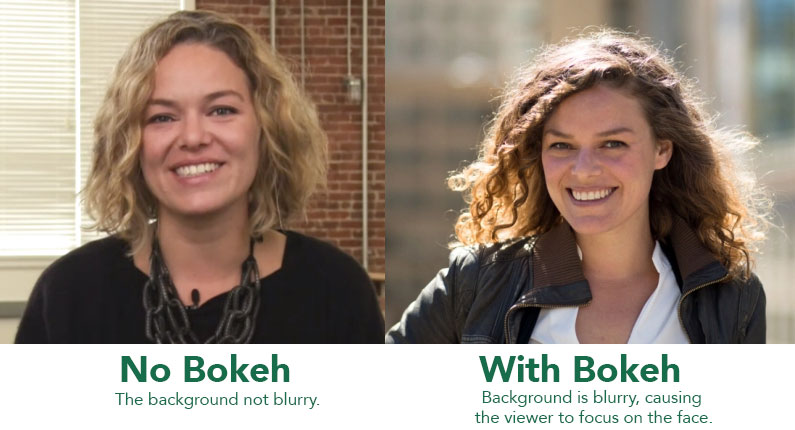 Both photos feature the same woman, but the photo on the right was shot with a blurry background (aka the “bokeh” effect). You can achieve a blurry background with a DSLR camera such as this one, plus good bright lighting and a telephoto lens. Also works with interchangeable lenses, allowing you to upgrade to a better lens in the future. Note that this camera does not have a microphone jack so if good (external microphone) sound is important to you, check out the next camera instead.

The newer Canon Rebel T6i is an upgrade over the T6. Although it’s slightly more expensive you get the following bonuses that may be useful if you’re shooting makeup tutorial videos or photos for a makeup portfolio:

All in all, the Canon T6i is one of the best cameras for YouTube makeup or still photography of makeup. Also works with interchangeable lenses, allowing you to upgrade to a better lens in the future.

The Sony a7 is a great DSLR for video or still photos. Although it’s more expensive than the Canon options listed above, it has the advantage of having an even larger sensor (full frame) which means your bokeh (blurry background) will look even better. With a generous zoom lens, you can also achieve a very flattering look. Generally speaking the wider angle the lens (the less zoomed in it is), the fatter a person’s face will look. The longer a lens (the further it’s zoomed in, up to 70mm on this lens), the more thin and elegant a person’s face looks, making this one of the best lenses for makeup videos or photos. This DSLR also works with external microphones (though none is included) for better sound than the on-board mic.

Other useful accessories for making makeup tutorial videos on YouTube

Having a great camera for youtube videos is only part of what you need. If you’re planning to make YouTube makeup tutorials, here are some essential pieces of gear.

An external microphone is extremely helpful for many YouTube influencers/beauty vloggers because it captures much better sound than the on board microphone of a DSLR. This microphone sits atop a shock mount which attaches directly to the top of the hot/cold shoe on your camera. The cable plugs into your camera’s 3.5mm microphone jack on the side. Often times one of the biggest differences between a professional-looking video and an amateurish video is the sound. To learn more about sound, see our related articles: The Best Lavalier Microphones For DSLR Cameras and Best DSLR Microphones & Shotgun Mics for DSLRs.

For YouTube beauty videos it’s useful to have two identical lights because you can place one on either side of you to achieve even lighting, which is critical for capturing accurate makeup looks. Here’s a lighting diagram to explain how this will work in practice: 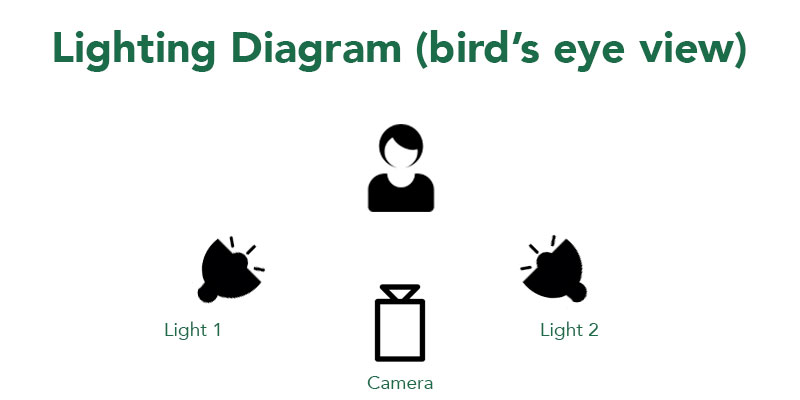 This LED ring light for beauty vloggers is a popular lighting solution that provides even and clean lighting for faces. You can set it up on the lighting stand that comes included and set the lighting strength to whatever is necessary in the room you’re in. Then you can add either white or orange gels (included) and mount your camera– either a phone or a DSLR or other camera using the included mounts. The camera shoots “through” the center of the LED ring light.

Having a real tripod is infinitely better than trying to balance a camera on a stack of books or a box on top of a table to get the right angle. This tripod reaches up to 62 inches (just over 5 feet) tall, and is quite sturdy, holding cameras up to 13 pounds. It also features a ball joint allowing easy adjustment to any angle, plus a bubble level in the base to make sure it’s level. With a quick-release plate design, it’s also a snap to get the camera on and off the tripod.

Having a small desktop tripod can be extremely useful for makeup vlogging. It allows you to position a camera at virtually any angle on a desk, vanity, bureau, or another flat surface. This GorillaPod holds a camera weighing up to 6.6 pounds so it’s sturdy enough to support a DSLR easily. It’s about a foot tall and can flex to all sorts of positions, plus it features a handy quick release plate to affix or remove your camera without having to constantly go through the awkwardness of screwing and unscrewing it from the base of your camera.

The longer the lens (the more telephoto) and the wider the aperture (the more light it can allow in), the prettier a subject will look. This is because their face will look more slender and the background will become silky soft. Having a nice long 80mm lens (suitable for portraiture photography) and a minimum aperture of 1.8 allows for some truly spectacular imagery, whether you’re doing still photography of makeup or makeup videos for YouTube. This lens is compatible with the Canon T6 and T6i listed above. 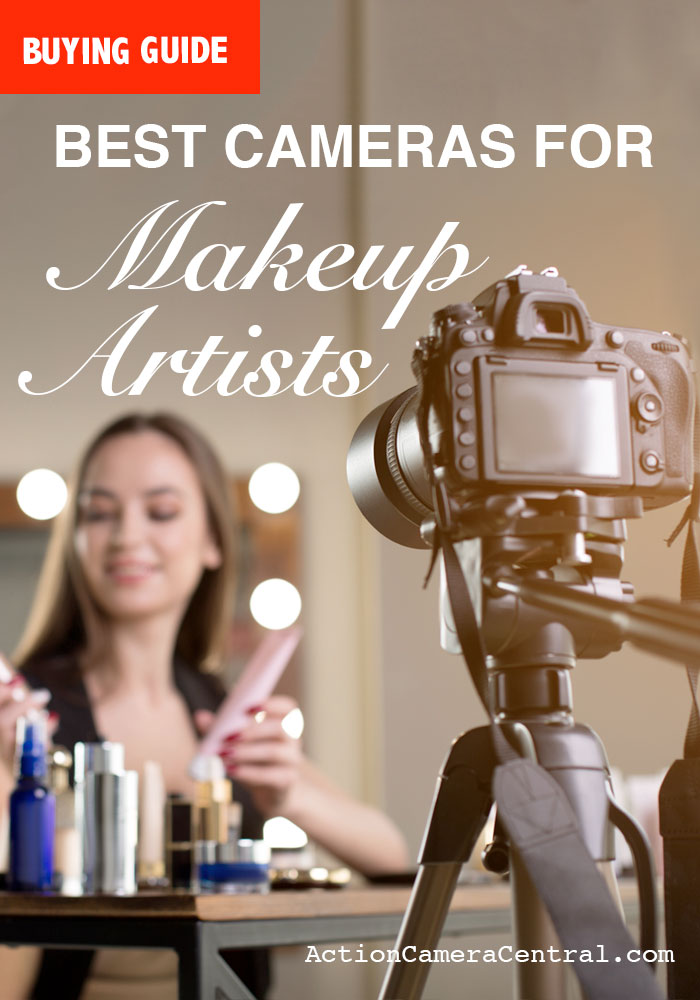 How do I get a blurry background for makeup videos? In order to get a shallow depth of field effect, you want to “open up” your camera’s aperture as wide as it will go (f/1.8 for the recommended lens above). Some cameras will also have a special mode for soft background focus. Check your camera manual for more specifics.